Our Client is a healthcare consulting firm and a software provider based in the U.S. Specifically, the Client’s team focuses on helping hospitals and clinics enhance patient experiences and optimize existing processes of personnel location identification.

The Client had created an Excel-based algorithm that could be transferred into an application for hospital indoor location tracking. At this stage, the company decided to seek out a software development partner who would build the solution that could eventually be offered for use at healthcare facilities.

The Client initially approached Velvetech with the request to complete a PoC by transforming an Excel algorithm into a usable indoor tracking system for hospitals.

The goal was to ensure the app helped healthcare clinics identify where doctors were located, how long patients had to wait before being attended to, and generally keep track of employees and those seeking medical treatment.

If successful, the application would assist healthcare providers in becoming more patient-centric and improving the efficiency of internal processes.

What are Real-Time Location Systems For Indoor Tracking? 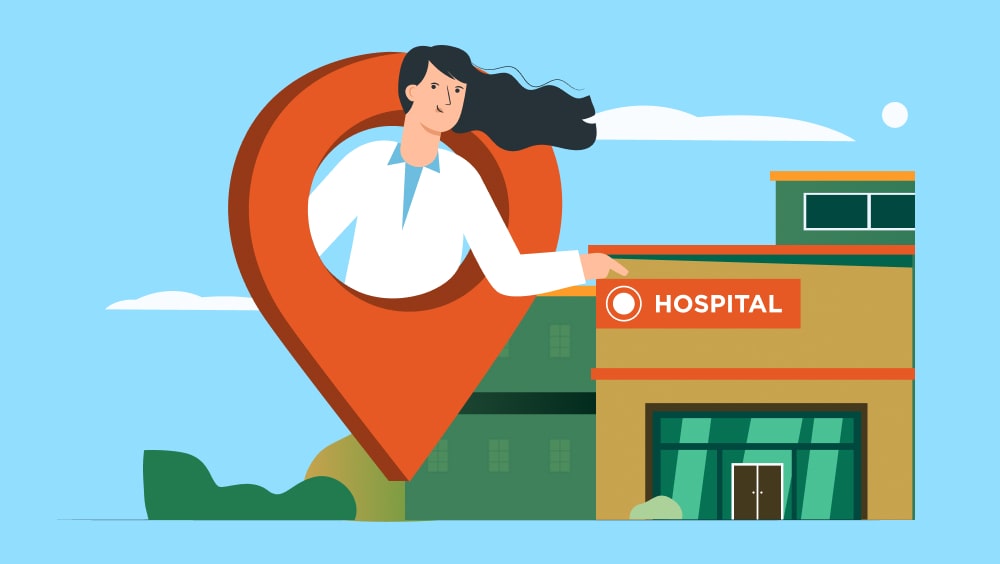 Real-time location systems, also known as RTLS, help locate people or assets and track them within a building.

Typically, RTLS solutions require wireless “tags” that are attached to certain objects and assist in continuously determining the location of individuals. Hence, IoT technologies play a major role in the success of these devices.

RTLS are often used in supply chain, healthcare, and construction industries. Primarily because they increase efficiency while reducing operational costs.

The main challenge was to develop an app infrastructure that could process new data in real-time, as new information would arrive every second. A significant delay between data coming in and the location being updated would’ve deemed the application ineffective.

Another challenging aspect of developing a hospital tracking system is testing. Since every facility has a different number of patient rooms with varying parameters, there were instances when everything worked well in one location, but poorly in another.

Hence, it was imperative to create a UI that could analyze processing speed and accuracy and identify the stage at which the algorithm makes a mistake. That way, the cause of the delay in smart tracking systems could be determined and fixed.

How We Did It

The majority of existing RTLS technologies rely on beacons that are attached to objects and transmit signals to apps and gateways for determining a location. However, their accuracy leaves much to be desired.

So, our Client developed a more intelligent algorithm and approached Velvetech to work on its improvement.

Despite the project starting as a PoC, Velvetech’s expertise in the healthcare industry and in IoMT app development was proven valuable and led to an ongoing collaboration with the Client.

Implementing a Solution For Tag Identification 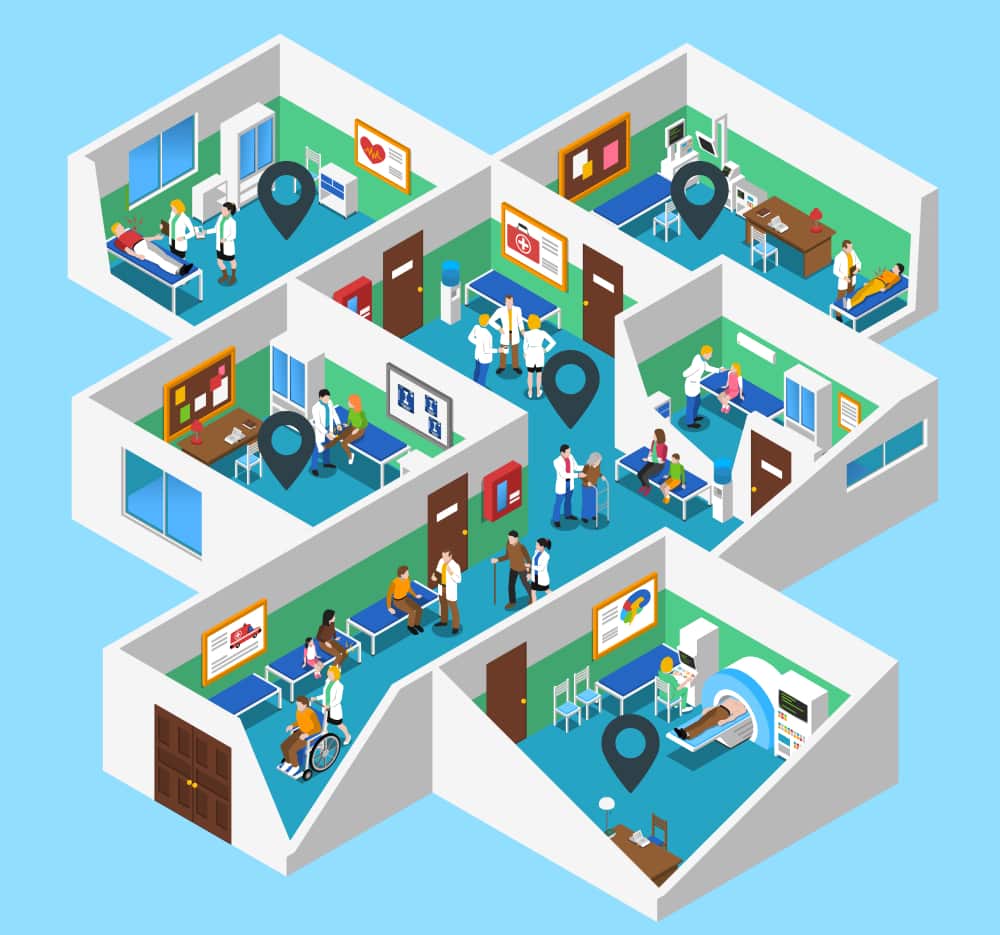 The very first step of the project was to complete the requested PoC work and transfer a mathematical algorithm written in Excel into a program code.

Hence, the three initial parameters of the algorithm were:

Our team implemented the solution as a separate calculation module in C# and built the backend and frontend infrastructure within two months. As a result, the hospital tracking system provided around 85% location detection accuracy. 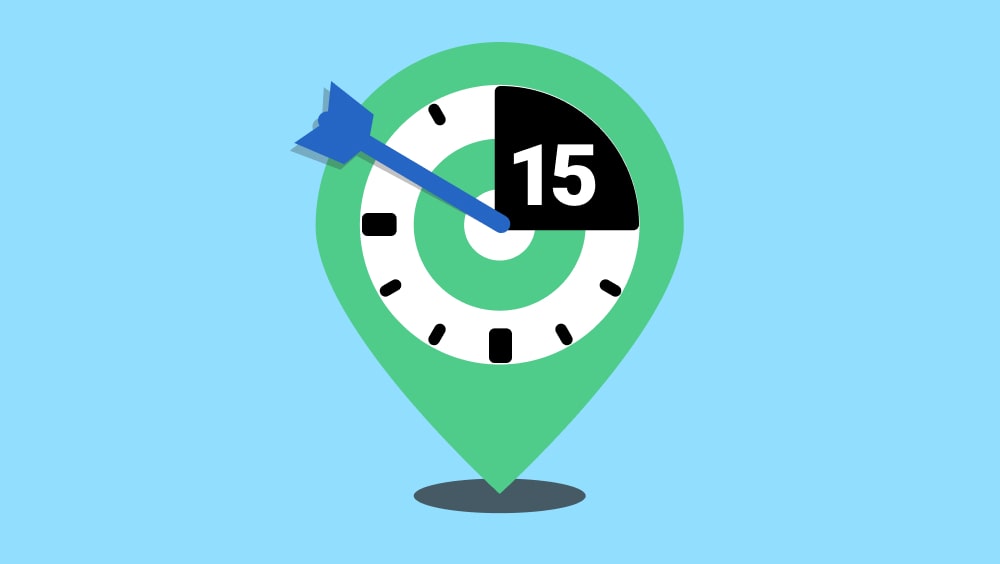 Since the initial algorithm accuracy had some room for improvement, Velvetech’s team continued working on it.

By turning to machine learning technologies, additional preprocessing, and signal enrichment, Velvetech has improved the accuracy to 90-95%, depending on location. Meaning, that within roughly 15 seconds of a person entering a room, there will be a 90-95% chance of accurate identification.

However, this part of the project is ongoing and our team is continuously increasing the algorithm precision and processing speed with the goal of reaching 99% accuracy and consistent location identification within 15 seconds. 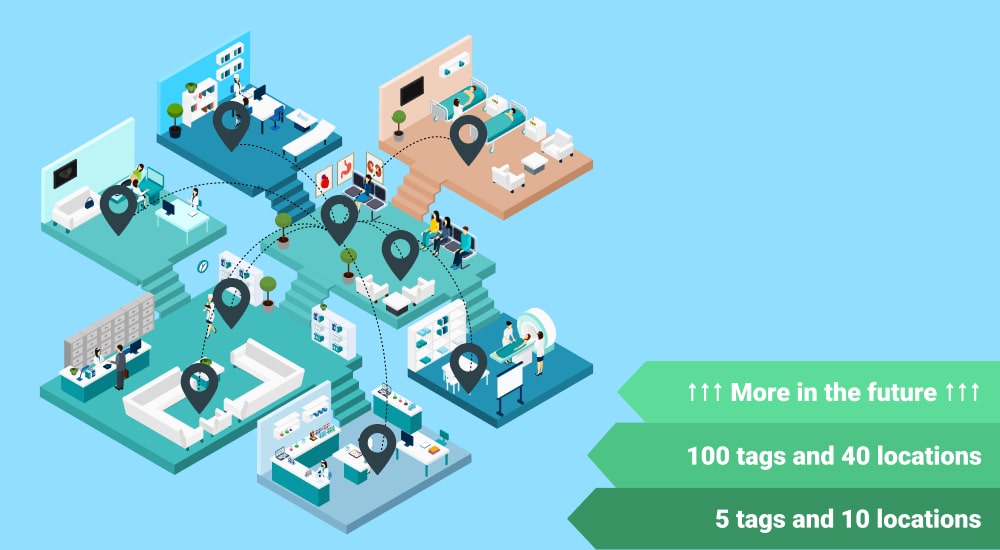 Along with increasing algorithm accuracy, our team worked on preparing the developed system for enterprise expansion.

The initial PoC covered 5 tags and 10 locations. However, after the success of the implementation, the Client requested that the system could function at the level of processing 100 tags and 40 locations on one server.

Velvetech’s team was up for the challenge. We scaled the newly developed solution by using the ZeroMQ message bus instead of slower databases, maximizing the use of in-memory data stores and making the most of custom data structures. 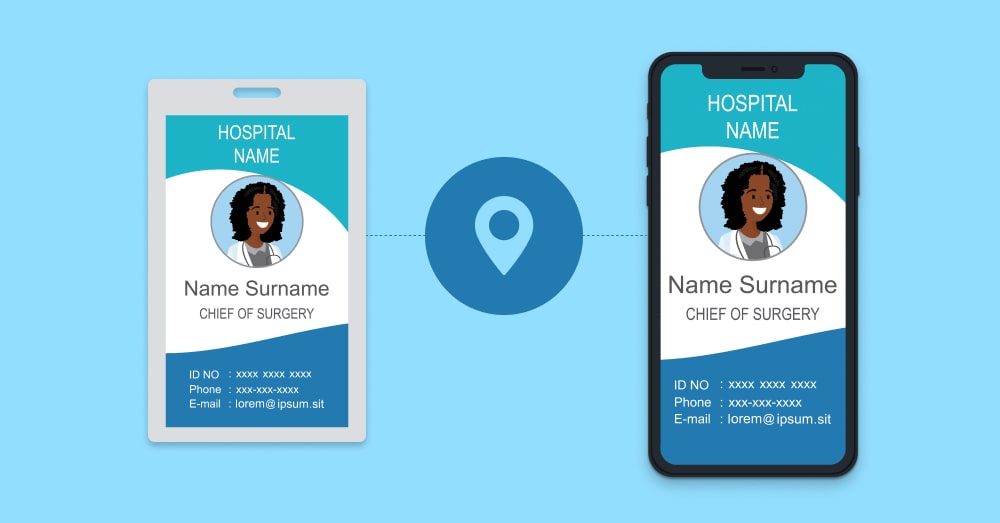 Finally, the last task Velvetech completed for the Client was Android app development.

Healthcare professionals can easily lose track of their badge IDs when in a hurry to answer a patient call or rush to an emergency. However, phones are almost always in their pockets and at every step of the way.

Hence, the natural progression of the IoT system was to develop a mobile application that would emulate the tag within the badge IDs. That way, there was no longer any need to carry identification since the Android app could now transfer information to the previously created software and determine where any given person was located.

Learn How Much It Costs To Make a Mobile App

As a result of successful collaboration, the Client obtained a well-functioning IoT solution that currently provides up to 90-95% accuracy of location detection with a processing speed between 10-60 seconds. Moreover, the promising results have even led to the demo version of the software being rolled out in three healthcare clinics.

The Android mobile app for tag emulation has also proven to be a success as it showcases stable work even after the phone is in sleep mode for many hours.

Find out more about IoT in Healthcare

As of today, Velvetech is still in close contact with the Client and working on improving the developed systems. Specifically, the current focus of the collaboration lies in the following tasks:

Velvetech’s team is happy to continue the partnership and enhance the developed systems further.