With iOS 12 set to go public this fall, it’s high time for mobile developers to update iOS apps to align them with the latest and greatest in Apple’s mobile OS. What new features will attract more users? Where to start?

In these mini series of posts, we take a look at all iOS updates to help you answer these questions and make your iPhone and iPad apps stand out. Part I focuses on the most tantalizing features: Siri Shortcuts, AR, and notifications. Let’s roll!

It’s not very often that mobile developers get new features with OS updates that affect their apps and work as intended right out the gate, with zero coding required. But this time around Apple does have a little something to please both mobile app developers and end-users.

After suffering a batterygate fiasco last year — when the company had to admit they slowed down CPUs and GPUs in devices with worn-out batteries — this year Apple is doubling down on boosting iOS performance.

iOS 12 will deliver faster performance for an impressive list of devices, starting all the way back from iPhone 5S and iPad mini 2 — that’s five-year-back compatibility. The company promises quite a substantial increase in speed.

Such a boost in performance means that it may be safe for mobile developers to come back to fancy animations and interactivity in their apps if they had to cut back on those previously, to support more devices.

Another nice improvement in the updated version of iOS is the ability to group notifications. This functionality also works out of the box, and you don’t need to tweak your app. As soon as users install iOS 12, all notifications from your app will stack up under a single notification card. Users will be able to collapse grouped notifications with a simple tap or swipe.

This enhancement means you may worry a little less about cluttering the lock screen and notification center, which may have led to users turning off notifications in your app altogether. Starting with iOS 12 all notifications from your app will sit nicely behind a single notification card.

Again, Apple handles performance and grouped notifications itself: no coding for mobile developers. So let’s talk about the features that will take some talent and app developers’ work to implement.

Apple has finally taught Siri to work with your apps in a meaningful way. Now, the witty digital assistant can launch an action from your app when hearing a custom voice command. Users will record voice tags for actions right in apps or in Siri settings. Those actions are most often used app features, e.g., set an alarm clock or order a morning cappuccino.

Siri shortcuts will also surface on the lock screen and in Spotlight search as suggested actions based on users’ habits. The iOS system will take into account the location, time, and other parameters before suggesting an action as recommended. Of course, mobile developers must specify available actions in app code for the system to take notice.

One other place to manage shortcuts will be the new Shortcuts app by Apple. The app lets users create shortcuts-based sequences of actions and run them all in the specified order with a custom voice command.

Finally, Apple insists that mobile developers program shortcuts to properly handle situations when the user deletes data from an app or logs out of the app, or when an action becomes unavailable to the user. The company is dead serious when it comes to users’ security:

“When a user deletes data from an app, they expect the data to be gone for good. This means removing the data from the app as well as from the system…”

In such cases, shortcuts should remove the corresponding data from the system and become inactive.

To sum it up, Siri shortcuts promise:

The signs are that mobile developers will love this Apple’s take on AI-zation of the apps by its digital assistant.

Another major update coming in iOS 12 is ARKit version 2. Apple is pushing hard to make their devices the platform of choice for exceptional Augmented Reality experiences. There are hundreds of millions of AR-enabled iOS devices, and you should take advantage of the fact.

The updated ARKit will let your app work in real-time sync on several devices, meaning your users will be able to experience the same AR scene at once. On top of that, AR apps now can save their current state and resume at a later time from where users left off. Check out the Verge fellows getting their shared immersive AR experience on iOS for the first time:

Apple is counting on developers to come up with more exciting concepts for AR apps — the company has added an object detection capability into ARKit 2. Object detection will let app users scan in real-life objects and manipulate with them in the AR.

Another way the object detection functionality can be used in your app is automatic detection of a known real-life object to trigger an AR experience on the spot.

To even further strengthen its position of an AR trailblazer, Apple has introduced a new file format for AR content — USDZ. It’s a safe way to package any AR content and make it available on any iOS-12-enabled device. Adobe and Autodesk have already announced support for the file format in their creative suite of apps. And of course many stock Apple apps will support preview of USDZ content too:

The big takeaway is your app will also be able to preview AR content if you update it appropriately. It’s a great idea to do the same on your website to let your users visualize your product right next to them via AR, in its real-life proportions. Like this:

Shh… Apple now lets mobile developers customize notifications. Not a word on this during the whole WWDC 2018 presentation. They talked about a “breakthrough new technology — tongue detection” and the new era of Memoji (that, admittedly, are fun), about minor updates to Apple stock apps. But not a word about what most app developers will kill for custom notifications!

Of course, Apple wouldn’t want to cause havoc to iOS: they will still handle the short, preview versions of notifications themselves. However, should the user tap or pull on your notification, it will expand into a custom view with:

The custom notifications will also support user interactivity, meaning mobile developers will be able to add buttons and switches to let users easily interact with your app. This custom type of notifications will work for both local and push notifications, but Apple stresses that you should not fetch any content to display in the custom view from a server: the content should be coming with the app as the user installs it from the App Store.

This new functionality, in a nutshell, will let your app stand out in a meaningful way and offer better user experience to your users.

We will cover all the other exciting opportunities to upgrade your iOS apps with new iOS 12 features in Part II. Stay tuned or get in touch for a free review of your mobile app and consultation on how you can take advantage of iOS 12 new functionality. 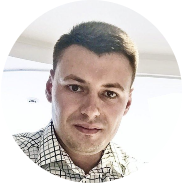 We continue reviewing some of the most interesting features in iOS 12 that your app users will definitely appreciate. Apple is pushing the update this fall, and it’s time to get your app ready!

Read More
November 23, 2022
33 Questions to Challenge Mobile Developers and Get a Killer App

Develop an MVP app to engage your users, facilitate feedback, and adapt your business model to the changing app market. Here’s our checklist to make your MVP a success.